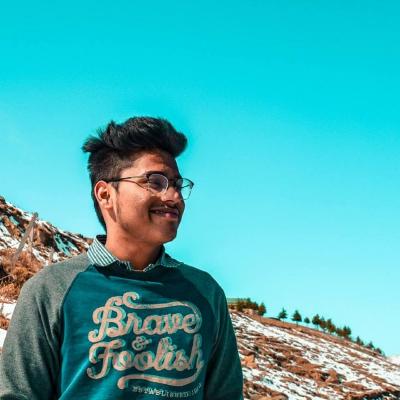 Note :- First two topics are included in part 1. This is the part 2 and contains the next two topics, for later topics, head to part 3.

Now we’ll be assuming that you’ve successfully installed git and have it up and running. So as you’ve set up an empty git repository in the folder, and if you haven’t, just run the following command:

This will initialize an empty git repository and a .git folder will be created. Now as we’ve initialized a repo, you need to add the files that need to be tracked by git. For reference we’ve created some temporary files, following is the file structure:

Each file contains text as “I am fileX.txt”, where X is the file number we’re in.

Now first run the status command to know the status of the git repository.

The output shows that all the files and folders are untracked and can be added to the repository, also we’re currently on the default master branch. So to add all the files for tracking, run the following command:

where . means that add all the files/folders in the current directory for tracking, you can specify the name of a specific file or directory which you want to track instead of the ., but we’re adding all files. Now again run the status command git status.

Now the output shows that git has tracked all the new files and they have changes that need to be committed. So now you’re ready to make your first commit and save the changes by creating your first checkpoint. Run the following command:

Here -a flag means to take snapshot of all the changes in the current working directory and -m flag is used to pass the commit description or message in the command itself. If you don’t use the -m flag then git will automatically open a text editor, in which you had to write the commit message or description.

Kaboom! Congrats on your first commit. Run the git status command to check the status.

It says that now you’ve no changes left to commit and you’ve successfully created your first checkpoint. Now to check the commit log, run the log command:

This command lists all the commits that you’ve made till now:

The string of random words on the top is called the commit hash, which is like a unique id given to each commit to differentiate between two commits.

Now if you make any changes in any of the tracked files and run the git status command, you’ll be able to see the changes being actively tracked and when you commit those changes, they’ll be automatically saved.

As you now know how to commit, go make some changes, make commits and play around with committing (I’d suggest at least make 3-4 more commits). Always remember the three steps - make changes in files, add those files for tracking and commit them, also try to give unique commit message every time, describing the changes that you’ve made.

Hopefully, you would’ve created a few commits/checkpoints by now. So to revisit a particular checkpoint, you need to first run the git log command:

Now if you check your files, you’ll see you’re in the same state as when you made the 2nd commit i.e in my case file3 will exist and file2 would not have any changes as I made those commits later. Now to get back to the present state, run the following command.

This will take the HEAD to its original state.

For e.g, if you’ve recently committed and then again made some unnecessary changes, now you don’t want to commit these changes and want to go the state you were in when you made the last commit. You can simply reject these changes by running the following command, this is called stashing:

This will reject all the changes you made after the last commit and make your working directory clean again.

Now you know the basic working of git. It’s time to welcome Github and know it well.

Now to share your git repositories, you need a server that can host your repos, so that you can easily share them with others. Github does exactly that, a server to save git repositories with a very cool and easy to understand web-based graphical interface, it also provides you various collaboration features for your projects like wikis, etc. Now we’ll be learning how to host your git repo on Github.

The first thing that you need to do is signup on github and create an account. Now you need to update your account details on your locally installed git first. Run the following commands:

Creating a repository on Github 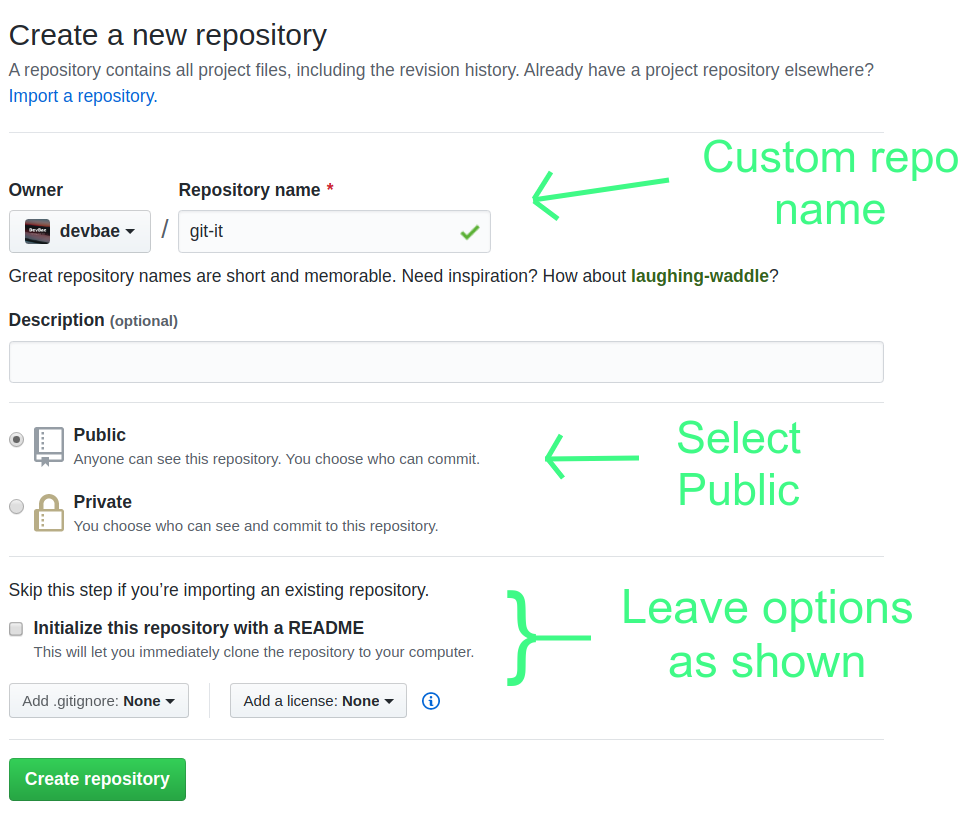 After creating the repo, run the commands as shown on the screen, use the link shown in your repo: 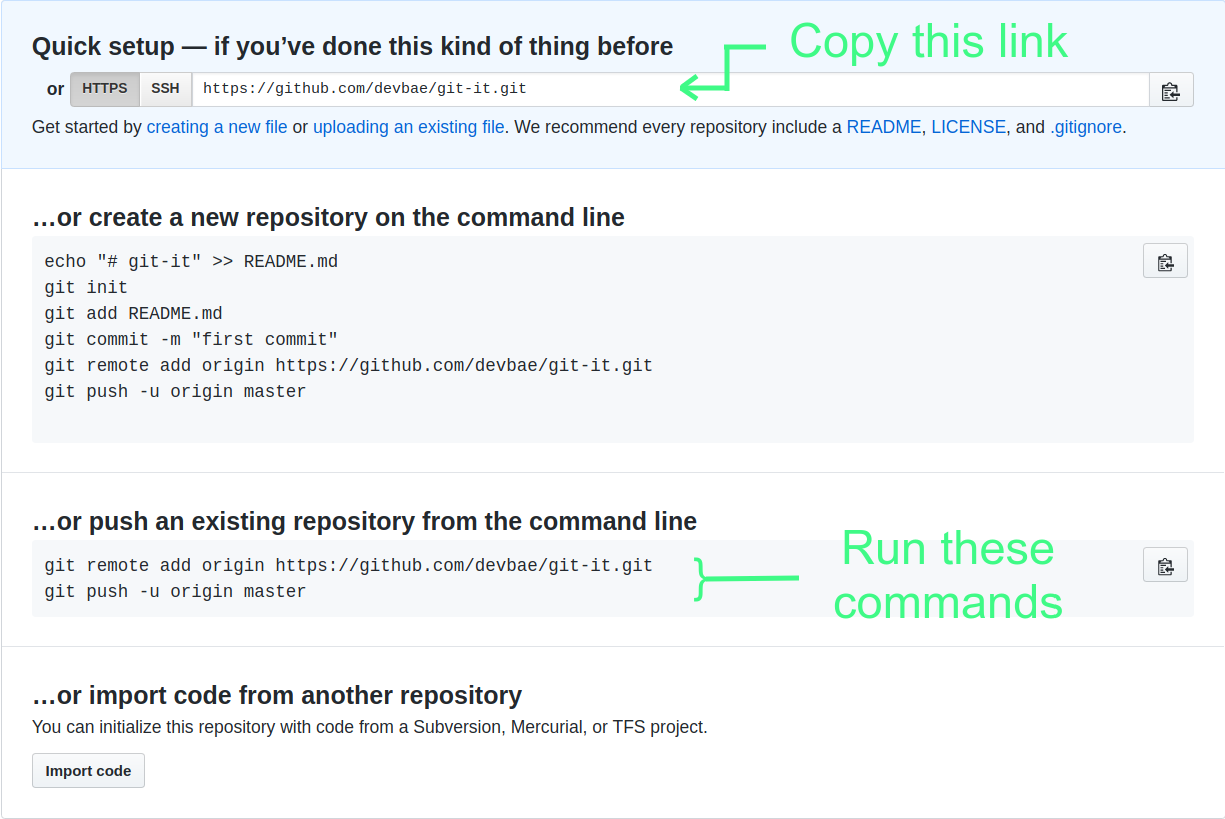 These are the commands:

Here origin is the name of the remote that we’re adding. The first command adds your remote repo to the local one, and the push command uploads your master branch to the remote repo.

You can add multiple remote repos with the following command:

Similarly, you can push multiple branches to remote servers by using the following command:

If you make changes manually on the remote repo on GitHub using its web interface, you need to update your local repository by pulling those changes, which can be done by the following command:

Now create your project, do multiple commits, push those commits on GitHub, and build a great GitHub profile <3.

Booyah! You’ve completed Part 2. How does it feel to be a git expert huh? Let us know in the comments below.

Now for the Advanced git topics. Head to Part 3. You can also check Part 1, if you want to learn about basic theory of git.

Note:- If you think there is anything wrong with the tutorial, or you can modify something, feel free to point out in the comments or raise an issue.