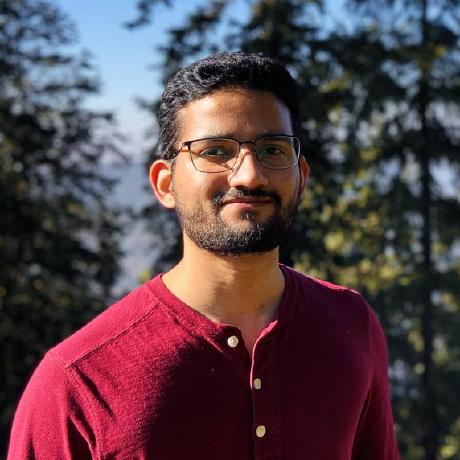 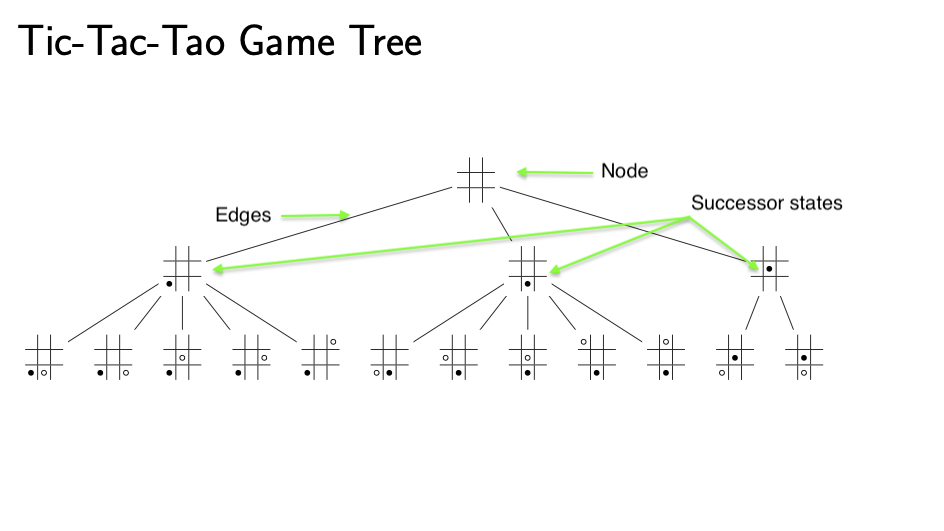 When these graphs are small, the most basic graph algorithms, such as Dijkstra’s algorithm, can be applied. However, in all but the simplest A.I. applications, these graphs have a very large size, making the simplest and most direct ways of finding paths inapplicable. For example, even in very limited systems, like a deck of cards, the number of ways of combining the components of the system can be astronomic: a deck of 52 cards can be shuffled to 52! different orderings. A far higher number of configurations are possible in typical real-world systems. This combinatorial complexity is one of the main reasons for the difficulty of A.I. and the need to develop and deploy more complex programming technologies.

Solving a search problem amounts to traversing some (abstract) search space to find a solution, or to spot that no solution exists. Of course, it depends on the problem of what a solution is, but it is typical that the search starts from a certain point in the space and then attempts to approach the point being searched for. In many cases, we are also interested in the route itself and it might form an essential part of the solution such as a plan of what actions to take in the future. Many search problems emerging in A.I. systems can be formalized as state-transition models where

The choice of actions is up to the agent(s) operating in the system. Different actions and events may lead the system to several successor states.

The two classes of algorithms that are used to traverse the search space are uniformed and informed search algorithms.

These algorithms can be understood as uninformed or blind search algorithms because they are just able to detect when a goal has been reached, but they have no idea in which direction the goal(s) are located, nor in how many steps they could be reached.

Below, I have provided a sketch of a generic search algorithm that visits nodes in the order determined by a chosen strategy and, if a node satisfying the goal condition is found, reports on how the node can be reached. Two key concepts underlying the algorithm:

The preceding ideas reveal that we are preparing ourselves to deal with search spaces where a node can be reached through different paths. Let us then formulate the general search algorithm in more detail.

Inputs: a directed graph with an initial state S, a goal state G, and an expansion strategy E Output: a solution path or failure

Mark S as visited and expand it.

While there are nodes n recorded for expansion:

Search algorithms can be compared in terms of their properties.

Next, I will present two basic strategies for the exploration of search spaces. The heart of the strategy goes back to how nodes recorded for expansion are stored and, in case several nodes are waiting for expansion, which node is chosen for expansion. As regards storage, the relevant data structure is a queue and the type of the queue will fix the strategy as well as the resulting search algorithm:

I will illustrate these algorithms by a simple problem in which a robot is moving in a room.

Disclaimer: If you have no prior knowledge in graphs or trees, things will get trickier for you now onwards.

DFS is an algorithm for traversing or searching a graph or a tree data structure. The algorithm starts at the root node (selecting some arbitrary node as the root node in the case of a graph) and explores as deep as possible in each branch before backtracking. In other words, once we start down a path, we don’t stop until we get to the end or the leaf node. Since DFS is based on a stack of nodes recorded for expansion, it will always expand the node found deepest in the search space first. 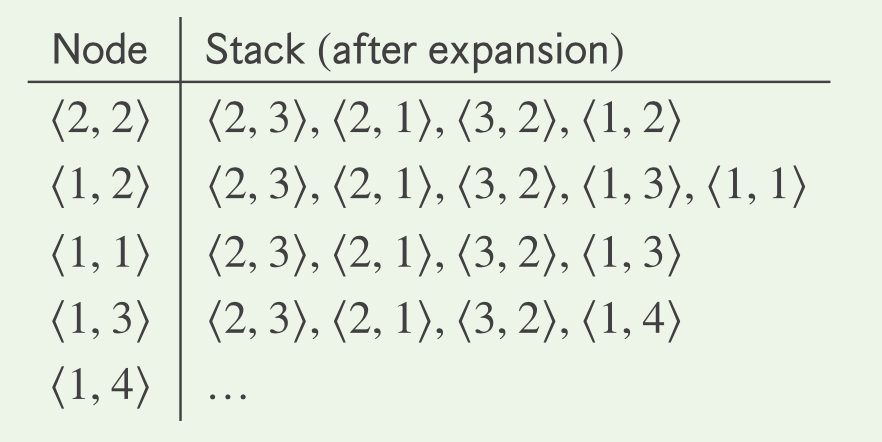 Let us analyze the operation of the DFS algorithm and stacks resulting from expansions in more detail. The first step corresponds to the initialization of the algorithm from the source node S at coordinates <2,2> and it will visit the nodes <2,3>(for N), <2,1>(S), <3,2>(E), and <1,2>(W). These nodes will not be visited again. After the first expansion step, the node <1,2> appears on the top. It is popped from the stack and expanded next. As a result, two new nodes <1,3> and <1,1> and are visited next and pushed onto the stack. Thus <1,1> is on the top, but its expansion does not lead to any new nodes. The net effect is that it is simply removed from the stack, which reveals the node <1,3> for the next expansion. The only new node encountered is <1,4> (for N) and pushed onto the stack. Thus, it is the next target for expansion. In this way, the search proceeds until the goal node G at <19,9> is found. The solution path can be found by backtracking which is colored red in the final step of the animation.

The DFS algorithm is complete if loops are avoided. Otherwise, DFS might enter an infinite loop. In our formulation of the algorithm, we keep track of all visited nodes and hence avoid loops altogether. This might become unfeasible for large search spaces. It is easy to see from the figure that the path found by DFS is not the shortest possible and hence DFS is not optimal for our problem. The time and space complexities are bound by the size of the grid, i.e., they are linear in the size of the input graph (10*20 = 200 nodes). However, if the search space has not been completely enumerated, then time and space complexities are O(bm) and O(b*m) where b is the maximum branching factor and m is the maximum depth for encountering any node in the search space.

The preceding examples nicely illustrate that DFS may end up investigating irrelevant regions of the search space and, perhaps more seriously, may produce a suboptimal path to the goal node. By changing the type of the queue used to store nodes waiting for expansion, such behavior can be avoided and the quality of paths is improved accordingly. The FIFO used by BFS changes the behavior of our basic search algorithm so that nodes closest to the start node in the search space get expanded first.

For the sake of comparison, let us consider the actions of the robot in the order N, S, E, and W. The figure below illustrates how the search space is traversed by the BFS algorithm as well as the path found from S to G in red color.

The initialization of the search is identical to DFS, but after that, the search proceeds quite differently. Actually, the queue now contains the nodes within (Manhattan) distance 1 from the start node S and that set of nodes can be understood as the search frontier of BFS that will be expanded by nodes further and further away from S. Thus, the node <2,3> will be expanded next and this is how nodes <2,4>, <3,3>, and <1,3> are added to (the end of) the queue. When the next node, i.e., <2,1> , is expanded, two further nodes enter the queue:<3,1> and <1,1>. Similarly, the expansion of <3,2> enters <4,2> to the queue. No new neighbors are encountered when <1,2> is expanded. At this stage, the queue contains all nodes within (Manhattan) distance 2 of from S. In this way, the search proceeds until nodes with distance 30 get handled and the goal node G is found.

Like DFS, the BFS algorithm is also complete. It is also optimal. As regards the time complexity of BFS, it is analogous to that of BFS, i.e., it is O(bd) where b is the branching factor and d gives the depth of the (shallowest) solution in the search space. The space complexity is also O(bd) which is caused by the frontiers maintained by BFS. Their size may become exponential in the worst case because bd is exactly the number of leaves in a complete search tree of depth d and branching factor b.

Head to Part 2.2 for Informed Search Methods and Part 1 for basic introduction to A.I.